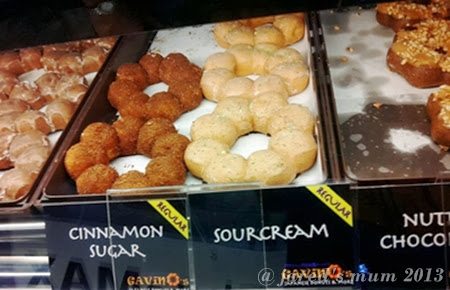 I was able to sample these gooey and chewy Gavino’s Japanese donuts when I attend last year’s Blogapalooza and I must say I really fell in love with its delicious taste. It is not your usual donut and it also comes in a bevy of exciting and new flavor, like sourcream, for example. Unfortunately, I was not able to come across a Gavino’s Donuts branch and I was not able to try the other variants and flavors they have available. I would’ve really loved to sample their Mochi donut varieties.

According to their Facebook Page, Gavino’s have already opened numerous branches around the metro, including the one at Trinoma. Hopefully they will also open one nearby so I can get to taste their delicious donuts again without having to travel very far. These delectable donuts would make a great partner for a hot cup of coffee, especially when I am working in the wee hours of the morning, finishing work deadlines and other stuff online, like this post about rgb3c, for instance! 🙂

For more information about this new donut brand, you may want to visit the Gavino’s Donuts Facebook Page, https://www.facebook.com/pages/Gavinos-Donuts-Coffee-Milk-Tea/294959490566117

Note: This post is not, in anyway, sponsored by Gavino’s Donuts. 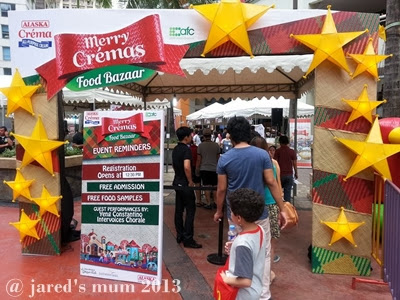 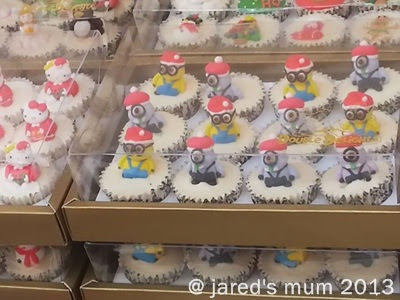 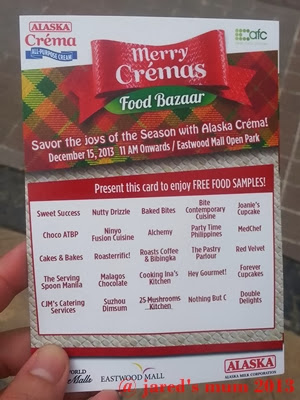 I was not able to take a photo of each of the booths and their food displays as by time we got back to the place after strolling and getting some refreshments, the little man was already a bit grumpy and would not budge from a corner where he was comfortably sitting. Probably tired from the children’s party we have attended earlier, I indulged him by sitting in that corner to relax. But just to give you an idea, here is the list of food exhibitors at the said event and yes, they do offer free sample by simply presenting this card. Too bad, I was not able to hop on to each booth and claim my sample. END_OF_DOCUMENT_TOKEN_TO_BE_REPLACED